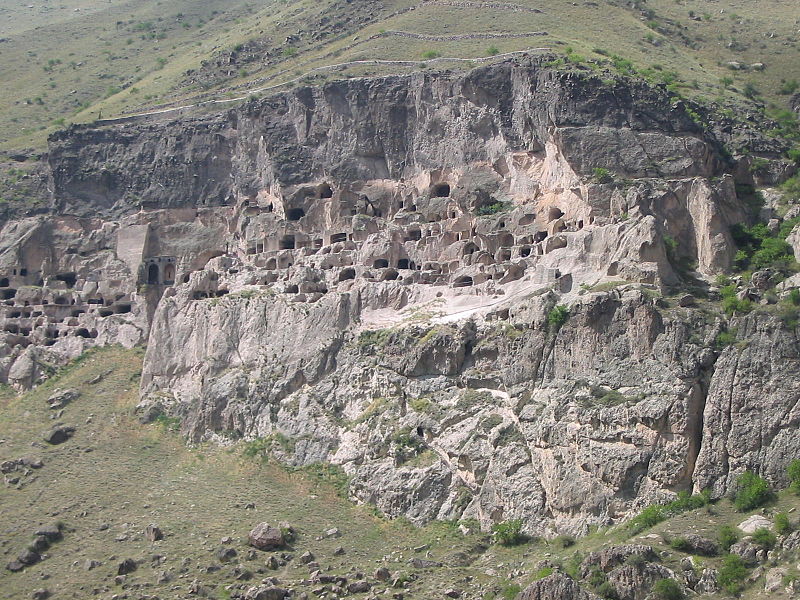 An entire palace-city built into a mountain.

Not to be outdone by the burrowing population of Turkey’s Cappadocia, the country of Georgia boasts its own history of underground cities in the form of the Vardzia Cave Monastery.  This network of caves was carved from the solid rock of the Erusheli Mountain to serve as both palace and place of refuge for Queen Tamar and her people.

The city has its origins in the 12th century, when the Mongol hordes were making their way across Asia and toward Europe.  In response to this threat, Queen Tamar commissioned the construction of this underground complex in the year 1185.  Though the city was sound and performed its intended function for a time, an eventual earthquake would split the mountain it was built into, caving in much of the network and leaving a good portion of it exposed to the world.

In all its glory, the complex was composed of 13 levels and more than 6000 rooms.  In addition to thousands of living quarters, the city had all the necessary functions of existence during its time period.  There is a throne room, several 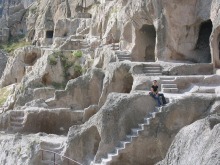 chapels, wine cellars, a meeting room, a forge, a bakery and more.  In order to provide for the needs of the interior dwellers, the outside of the mountain was terraced and used for farming.

The earthquake came and destroyed much of this hard work in the year 1283, less than 100 years after the city was finished.  Around two-thirds of the interior structures were destroyed, making the use of the complex as a city no longer viable.  Since then, it has mainly served as a monastery.

Today, visitors can go and see what managed to survive the test of time.  Around 300 rooms and a handful of monks are open to see, along with the remains of many of the systems that once made the complex livable.  In addition to the caves and rooms, the open face of the mountain provides many beautiful views for those that make the hike to the upper levels.  If you plan on taking a tour, however, remember to bring your own flashlight, since there is no lighting in most of the complex remains.