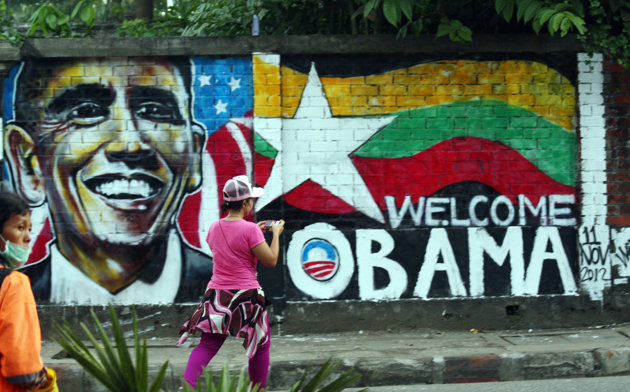 This past month saw President Obama not only get reelected, but also become the highest ranking western official to visit both Myanmar and Cambodia. If being on the campaign trail wasn’t enough for Obama, a small Asian tour before Thanksgiving in the Oval Office should be enough to keep him satisfied.

Obama’s visit to Myanmar was historical outing, with the U.S. acknowledging the pushes for open government and democracy. Obama spoke with both president Thein Sein, and democracy hero and opposition leader Aung San Suu Kyi. Obama, as well as Secretary of State Hillary Clinton, spoke about the positive steps taken thus far in revamping the Myanmar government, but also spoke to the need of equal rights for minority groups in western Myanmar. In the light of recent fighting in the northwest, this was a critical issue to be touched on.

While dropping in on Cambodia’s ASEAN summit, the streets of Phnom Penh were backed up all throughout the day. Youth groups stage protests to show they agreed with Obama’s push for Cambodian officials to become more democratic, and op-ed writers monopolized newspaper pages with thanks and opinions on what Obama should speak with Cambodian officials about.

Though no actual legislation was passed, Obama’s visits marked important milestones in both Cambodia and Myanmar. Let's hope the dialogue amounts to more open governing, and more civil rights for those in the countries visited.


The Muscat Festival of Oman