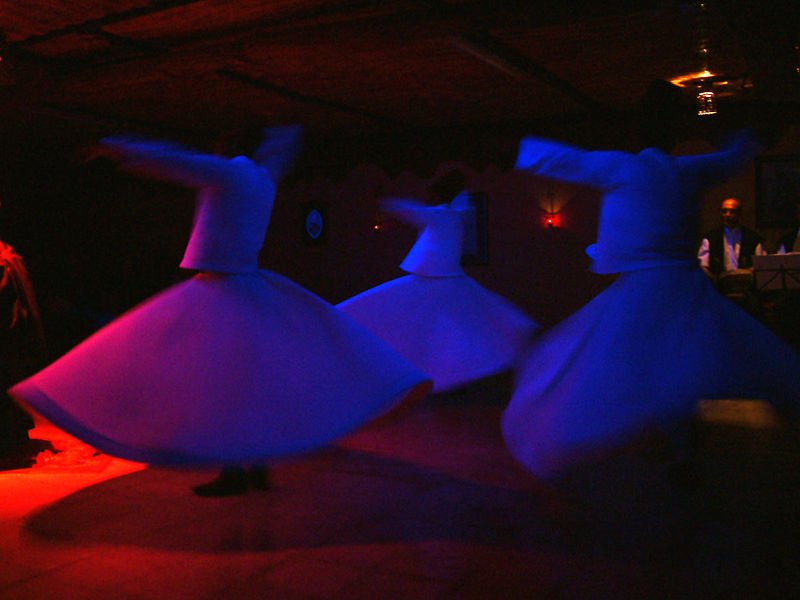 In the country of Turkey, a faction of Islam puts on one of the most famous dancing events in the world.  The Mevlana Festival (also known as the Whirling Dervishes Festival) is a religious celebration that takes place in the town of Konya each year during mid-December.  Though originally begun as a means to celebrate the death of a famous Muslim poet, it has since grown to attract more than one million people each year over the course of its eight-day run.

Mevlana, translated, means “Our Guide.”  It is one name used to represent the a 13th century Sufi poet who happens to be the most recognized Muslim poet in the entire world.  Upon his death, the followers of this wise man formed the Mevlevi order.  Though many know them as the whirling dervishes nowadays, they have remained the same order for centuries, using their skills at dance in their worship practices.

The events begin with an important scholar reciting a prayer for Mevlana and reading some from the Quran.  It then immediately proceeds to the ritual dancing.  During the dance, the dervishes wear long white robes with skirts to represent death shrouds.  They crowd the dance floor and spin in circles, sending the skirts whirling out around them.  But one dance is not enough.  They dance over and over and over again, each time performing yet another ritual to honor their saint.

Mevlana Festival starts each year on December 10th and continues until the day of Mevlana’s death, on December 17th.  Due to the popularity, visiting Turkey during this time can be a bit of a pain, so make sure to book hotels at least a few months in advance or take some tour that arranges accommodation for you.  Either way, if you get a chance to see this spectacular dance of the Muslim world then take it.